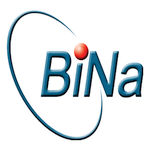 For the period under review, Binasat recorded a 50.74% gain in GP to RM18.22 million compared with the preceding year corresponding period on higher revenue from transmission and distribution network facility services and EPCC of solar farm facilities.

“The Group intends to leverage on its Approved Supplier & Partner status with Ericsson (Malaysia) Sdn Bhd and Huawei Malaysia to win projects as Digital Nasional Berhad has announced a partnership with Ericsson for the national digital infrastructure initiative while Huawei is assisting major mobile network operators to upgrade their 4G network capacity.”

“We are optimistic for the economic outlook as the Group is also participating in Phase 1 of the Point of Presence (PoP) fiber infrastructure project and we have tendered for Phase 2 of the PoP project. Both phases have a combined value of RM8.0 billion and have to be completed in three years. At the same time, we are also participating in the construction of 5G towers in Kuala Lumpur.”